Just this week we got several of my husband Gauss’s slides from our time in China in 1981-82 digitized. Here’s a look back to life in the slow lane.

The first two photos are of our trip from Guangzhou to Xi’an. To read the story behind them, revisit this early post: White Rabbit

Patti in the waiting room of the Guangzhou airport, ready to leave for Xi’an, July 1981. Note rattan furniture (it was HOT) and ashtray. Photo © Gauss Rescigno. Getting back on the plane at Changsha airport. It was dinnertime and they didn’t serve food in flight, so we landed, everyone got off and walked to a dining room, ate, and got back on. Nobody left the flight or joined the flight at this stop. It was just like the Greyhound bus pulling off the interstate to a Hardee’s to eat. Photo ©Gauss Rescigno.

Writing on the balcony of our apartment at Jiaotong University, August 1981. I’m could be composing teaching materials, writing in my diary, writing a letter home, or correcting someone’s homework. Photo ©Gauss Rescigno. I’ll be adding more photos as they become available, so check back in a week or two.

On our last morning in Guangzhou, the car took us to the airport for a noon flight that the CTS personnel had booked for us. The Jiaotong University representative would be accompanying Gauss and me to Xi’an; Yang was to make sure all three of us got on the right plane.

The terminal, a single open room with a barrel ceiling and full-length windows that looked out onto the tarmac, was a tropical-latitude version of the World War II-era airport that served my home town of Minneapolis until the early 1960s. It was not air-conditioned. Fans turning lazily overhead stirred up the sticky air; benches were cool woven rattan.

At the ticket counter, we learned that our flight had been delayed for at least four hours. Most passengers seemed well-prepared for the lengthy wait: surrounded by a hodgepodge of parcels and luggage, they would periodically root through to extract an orange or some cookies for a snack, alternately snoozing, visiting, and smoking. Men and women alike were comfortably dressed in light cotton shirts and dark cotton pants, nearly indistinguishable from the peasants we’d seen tending the rice paddies. Chinese society was so homogeneous that even those rare individuals in a position to fly on airplanes dared not stand out by dressing ostentatiously. A few flight attendants who worked the international routes looked startlingly chic by comparison, slim young women in narrow, knee-length gray skirts and fitted blouses.

There was no restaurant in the terminal. Our stomachs growled, and Yang, knowing he had time to spare, left the building to find some food. He returned half an hour later with lychees, oranges, and crackers.

Finally, at 4:30 in the afternoon, we were directed out onto the blistering runway and up the stairs into an ancient Russian Ilyushin 18 propeller plane. The aisle was flanked by two rows of sagging seats covered in white sheeting that refused to assume the full-upright position. Some had seat belts made of army-green webbing and leather, but most people didn’t use them.

The cabin looked like someone’s messy living room, stuff piled every which way in the aisles and on the unused seats: big cardboard boxes, net bags filled with pineapples, grapefruits, and stinky durians; rattan cages of chickens; mysterious bundles covered in white sheeting. The percentage of the Chinese population in a position to fly was small indeed—high-ranking civil servants and academicians, perhaps. There was little economic stratification, and few goods were transported from one part of the country to another. Anyone lucky enough to be traveling from the wealthy south to the isolated north used the flight as an opportunity to stock up on hard-to-find items.

Three-fourths of the plane’s fifty or so occupants smoked cigarettes, which they did not extinguish for takeoff. The air was blue with smoke. On this domestic flight, our cabin attendants were young ruddy-faced women wearing baggy white shirts and even baggier navy trousers. One of them, a sturdy, pigtailed girl, sealed the door with a little grunt trapping in the stifling air and picked her way around the parcels in the aisle to her seat the back of the cabin. The plane taxied to the end of the runway and then the pilot started to rev up the engines, causing the aircraft to shudder until I thought the wings might shake loose. Then the brake was released, but instead of shooting down the runway as I’d expected, the plane slowly started to amble down the tarmac: putt…putt…putt. I wondered if we’d really get airborne. After what seemed like too long to have any runway remaining, we finally left the ground, ascending at a painfully shallow angle. 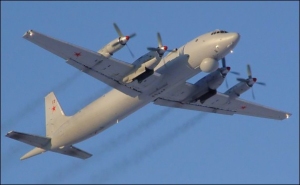 The plane had little round windows with free-hanging aqua blue curtains that swayed as we banked. Occasionally a precariously placed parcel would fall, eliciting a screech from one of the chickens and further blocking the aisle.

There were no in-flight facilities for serving food; instead, we made an unscheduled meal stop in Changsha, the birthplace of Chairman Mao, where everybody deplaned and walked across the runway and a street to a dining room to eat. This was the most basic place we’d eaten in yet: battered vinyl cloths on the tables, a stack of badly chipped bowls and well-worn chopsticks, rice with pebbles in it, some kind of stir-fried mystery food with chunks of fat and bones, and people spitting those pebbles and bones on the floor everywhere.

After about 45 minutes, we were herded back aboard to resume our flight to Xi’an. Once airborne again, the cabin attendants elbowed their way through the junk in the aisles, passing out sticky White Rabbit brand taffy and damp wash cloths. Unlike commercial flights back home, we never flew higher than about 8,000 feet. We watched the landscape beneath us until the light faded altogether.